The RP1200: Upcoming Changes & How it Affects FireShield Customers 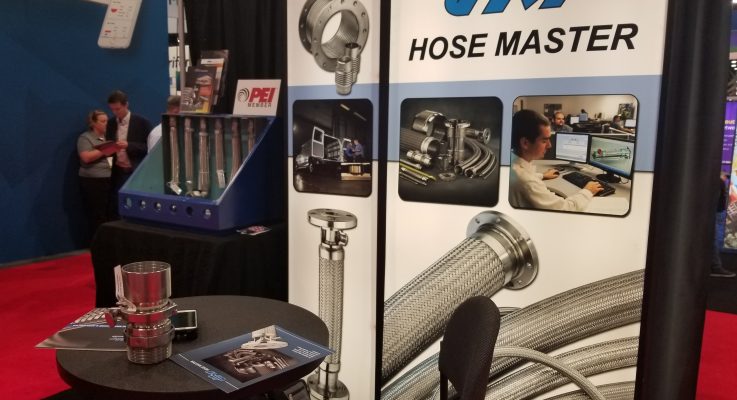 The RP1200 isn’t a new document in the Petroleum Equipment Industry (PEI).  The first draft was created back in 2011, final changes made to it in 2017, and state regulators are continuing to wrestle with how to implement the new rules outlined in the document today.  It’s a hot topic because it affects so many people in the industry, from service station owners, operators, installers, and even component manufacturers like Hose Master.

We’re all familiar with visiting a service station to get gas.  We drive our cars and trucks up next to the pumps and casually get our fuel from the above-ground islands.  But rarely do we think about the great deal of highly regulated piping that exists under our feet when we’re standing at the pump.  And highly regulated it is.  Bodies like the EPA, PEI and UL create rules and regulations that cover the entire industry to keep us all safe from the inherent dangers of fuels; from catastrophic disasters to the slow contamination of oil and chemicals in our water supply.  Chiefly among the new regulations contained in the document and the one that most concerns our customers: the regular leak testing of new and existing sumps at gas stations.

What is a sump?

A sump is just a container.  When piping is laid underground, rather than burying it completely, we use an underground safety-reservoir to contain the piping connections and operating equipment so we can catch leaks in the event of an equipment failure.  Underground components are centralized in the sump locations to be as economical as possible, so they contain everything from piping intersections, pumps, valves, leak detectors and flex connectors.   All these components are tested and rated for this kind of service, but once they’re installed, they’re usually left alone unless there’s a problem.

That’s what RP1200 aims to change.  The new rules seek to force owners of service stations to completely leak test their sumps upon installation and minimally after 12 years of service (but more likely more frequently than that and perhaps visually inspected annually) to verify that the sump is still doing its job.  Remember: a sump is a failsafe.  It’s not meant to hold fuel, water, or anything else for an extended period of time.  It’s there to simplify access to the components for installation and maintenance, and to occasionally capture fuel in the event of a failure.

Today, sumps may go many years without inspection, and when a problem does draw attention, the sump is generally in extremely poor shape due to years of use without proper care.  Many components may be on their last leg, or have quietly failed long ago by the time they’re discovered, and the subsequent repairs to get the sump back online are not always of the highest caliber.

RP1200 remedies this by mandating a pressure test.  The sump has to be filled to nearly its maximum capacity, sealed, and hydrostatically tested to hold pressure.  As digging up an entire sump and replacing part or all of it is the most costly option, owners are most likely going to simply demand increased quality and service life from their sump components (flex connectors included) in order to pass these tests as reliably as possible.  This issue of reliability has been compounded in the recent past by new fuel blends and bio fuels which can have an increased corrosive effect on components that aren’t entirely compatible or robust enough to stand the test of time.

While the initial pushback has been geared towards increased maintenance costs from inspection, testing, and subsequent repair, the reality is that preventative maintenance costs are a small fraction of those associated with environmental contamination and cleanup or a disaster like a fire.  And with these new practices being deemed the best in the industry by many experts, it questions why anyone would want to avoid following these regulations, as any sump that’s properly designed and installed to last should never have a problem in the first place.

Hose Master strives to make a better mousetrap.  As a service and engineering company, we take the quality of our flex connectors seriously, and to us flex connectors are not a commodity or ancillary component.  They’re an important part of the underground piping that can make or break the service life of a sump, and safety and longevity is the name of the game for everyone involved in the industry.  If you have a need for flex connectors, check out our FireShield literature page and give us a call at 800-221-2319 or email us at insidesales@hosemaster.com, and we can provide you with the solutions you need.