Flaring – Why do we still do it? 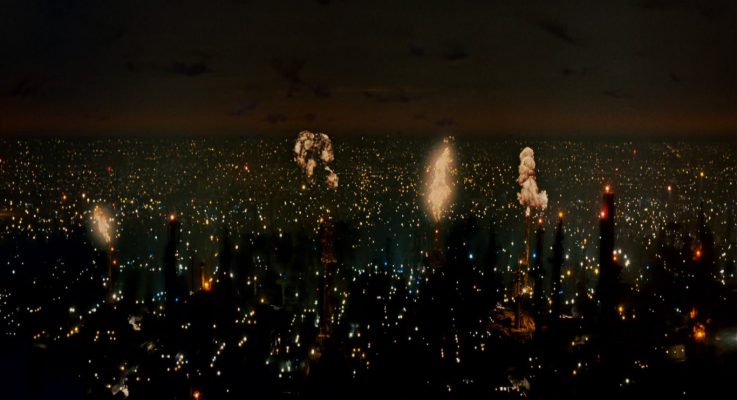 Bright, flickering plumes of flame are iconic to the oil and gas industry…

Long before any of us ever set foot in a real refinery, we were familiarized with the images of natural gas flaring from books, TV and movies.  In many of these instances, these bursting columns of fire were used to portray the potentially gloomy and hazardous future of human industrialization.  And along with smoke stacks and cooling towers, flaring has in many ways become the poster child for pollution in our global quest for a greener future.  In fact, if we were able to capture and use the gas we collectively flare off every year, it would be.  But is natural gas flaring really the villain it’s been made out to be? And with natural gas on the rise as a viable energy source, why do we continue to do it?

Natural gas use by humans has been around at least as long as crude oil, and its properties as a source for safe and controllable heat and light were recognized and being used commercially in the late 1700’s.  But as the technology and demand for crude oil increased, natural gas fell to the wayside.  Wells grew larger and larger, and as the volumes of oil increased and became the focus, increased volumes of natural gas become too much of a problem to try and capture and were eventually categorized as nothing more than a dangerous and worthless byproduct of drilling.  Early refiners then settled on separating the gas from their crude oil, and either vented it or burned it off in a controlled manner.  But it’s not 1821 anymore, and we’re still flaring natural gas in 2018…so ‘What’s the deal with that?’ Modern gas flaring is mainly due to two factors: infrastructure and safety. 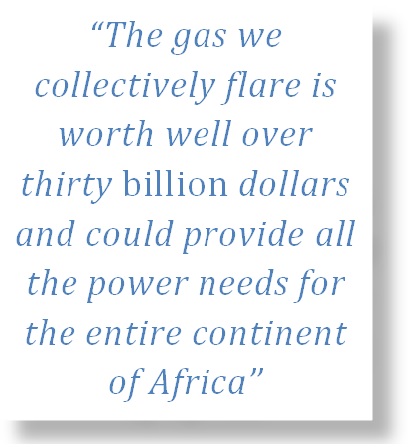 Capturing large volumes of gas is a lot more difficult than liquid like crude oil.  For one, you have to have plenty of reliable pressure vessels to capture the gas, as well as large pipelines to transport and/or distribute the gas over long distances from the well.  This is a problem for many smaller refiners in less-developed areas of the world (though Russia is the undisputed leader of gas flaring, many in the top 10 are in Africa and the Middle East), where they do not have the hundreds of thousands of miles of pipelines like we do in the U.S. that make the use and distribution of natural gas feasible.  The technology and infrastructure required to properly harvest natural gas is also not as profitable as oil, again putting economically stressed countries at a disadvantage.  Location of the well can also pose a problem depending on the drilling location. Different equipment is required for drilling for oil or gas, either on land or at sea, requiring unique equipment for each operation.

Before a well is ever drilled, the area is prospected to determine the location and quantity of natural resources.  But even after a suitable location is found, the amount of gas and crude and the flow can be unpredictable and sporadic.  Large spikes in pressures could cause equipment to overload and catastrophically fail.  In this regard, flaring acts as a pressure-relief safety against these pressure spikes.  During operation, excess gas can be routed away to reduce the pressure of the oil well, and controlled flaring is the quickest, most reliable and safest way to deal with these situations.  The burning aspect of the gas may also seem excessive, but when methane (the main component in natural gas) is burned, it’s converted to carbon dioxide, which has over one hundred times less potency than unburned methane on the greenhouse effect. So by burning the methane and any other unusable gasses rather than venting them, the net effect is much smaller than it would be otherwise.

Because natural gas is a valuable and useful resource, nearly all companies and entities involved in the oil & gas industry would rather capture and put it to use than to flare it off.  Technologies and efforts to curtail flaring have been improving world-wide, and several organizations (World Bank and GGFR) have succeeded in getting the governments and companies responsible for over half of the world’s flaring on board to curb the practice by 2030.  Yet while the efforts to put an end to excessive flaring will continue, the safety aspect of flaring will likely play an important role in plant safety in the years to come.  And in these critical applications, metal hoses are often used for the safe transfer of pressurized gas and for pilot lighting flares.  Resistance to the outdoor elements, heat, and permeation make metal hoses ideal for these applications.

If you’re having issues with hoses in a flare stack, refinery, or any industrial application, contact the Hose Master’s Inside Sales team at 1-800-221-2319 or email us at insidesales@hosemaster.com so that our metal hose application experts can assist you in finding the right hose for your application.