Types of Metal Alloys and When to Use Them 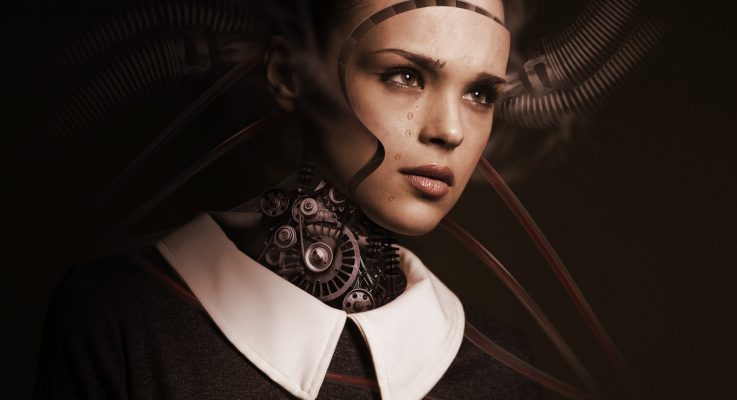 Remember when we all wondered how the T-1000 was able to liquefy, shapeshift, and repair itself in Terminator 2 back in 1991?  We’re told in the film that this advanced prototype Terminator is from the future, and composed of a “mimetic polyalloy” that gives it these special abilities.  Seeing as it’s nearly 30 years later I wish we were far enough into the future to reveal the metallurgical secrets behind this technology, but unfortunately (or fortunately since we don’t have Terminators running around) these metal alloys still do not exist.  What we do have though, are a range of all sorts of different ever-evolving alloys that we use in industry to combat factors such as temperature, corrosion, and physical stress.  While we continue to wait for Skynet to show up and take the world’s alloying technology to the next level: let’s examine why we have metal alloys and which ones we most commonly see in industry today.

What are metal alloys & why do we need them? 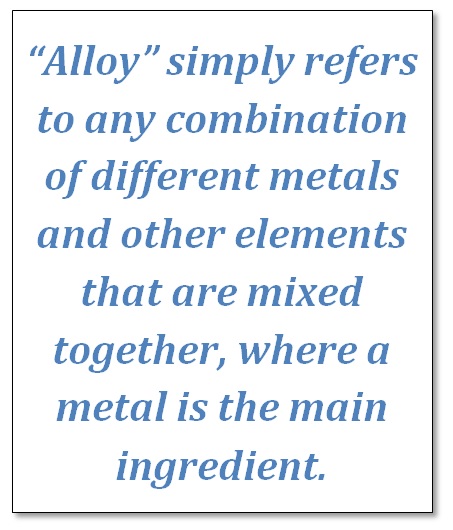 There are many different metals that we mine from the Earth to be used in manufacturing and each of them has slightly different properties.  Metals, by definition, are pure elements of the periodic table, and make up a large share of the known building blocks of life.  When we mine ores that contain the elemental metals, they’re put through various physical and chemical processes to extract the elements and remove impurities so they can be used.

Once synthesized, we try to utilize them in applications that are best suited to their natural qualities, but on their own they are often lackluster when it comes to performance.   To enhance their natural characteristics and make them better suited for the task at hand (stronger, weaker, harder, softer, etc.) we melt them down or powder them and add other ingredients.  “Alloy” simply refers to any combination of different metals and other elements that are mixed together, where a metal is the main ingredient.  Steel is a particularly good example of a common alloy (iron + carbon) because we refer to it so informally it can be mistaken for an element!

What kinds of metal alloys are out there?

Metal alloys can be made to do amazing things, and there are so many qualities that can be desirable based on the application that there are a whole host of different mass-produced alloys that we use to manufacture different things.  We tend to think of improved performance as things such as a higher melting point or more resistant to corrosion, but these things often come at the cost of increased weight, reduced ductility, and increased cost.  Further still, there are also applications where these “negative” characteristics can be the desirable qualities!  So in order to describe some of the most common alloys out there, we can group them together by their “base metal,” which is the main ingredient that makes up the majority of the alloy.  Some of the most common base metals include aluminum, copper, nickel and iron.

Some common base metals and their alloys

Aluminum is useful for its lightweight and pliable qualities, but lacks strength.  Add either magnesium or lithium, and you get an extremely strong alloy that retains its lightweight properties and is now strong enough to be used in aerospace manufacturing.

Copper is a common metal with powerful conductive properties for heat and electricity, but add zinc and you get brass which is used where low-friction is needed such as doorknobs or ammunition casings; or add tin and get bronze which was historically used to make armor, coins, and pieces of art.

Nickel is prized for its corrosion resistant properties, and can be added to many different metals to increase their strength, but is expensive and a powerful driver in the cost of other alloys which use nickel such as stainless steels.

Last but certainly not least, we have ferrous alloys which are iron-based.  These are the most common alloys we see in industrial applications and include the steel family.  Different grades of steel ranging from 201 to 316 are all very similar in composition and use iron as their base metal, and are all “stainless” due to their various degrees of other metals and compounds that make them more or less resistant to temperature and corrosion. These are the most common alloys that we see in the hose and expansion joint industry, so let’s take a closer look at them:

304 is the most common of the stainless steels, and is consequently also one of the most common alloys we see in metal hose and expansion joints.  304’s main alloying ingredients are chromium and nickel which give it the stainless qualities we expect –  excellent resistance to rusting and corrosive environments compared to regular carbon steel.

321 is very similar to 304 in terms of corrosive resistance but has the addition of titanium.  While 304 is very commonly used for braid wires, stripwound metal hose, and expansion joints, corrugated metal hose is often made out of 321 because of its superior temperature resistance from the titanium.

Often referred to as “surgical steel” or “marine grade” due to its increased resistance to chlorides, 316 contains the addition of molybdenum and because of this is generally the most noble (chemically resistant) of the 300 series stainless steel family that we see in hose and expansion joints.

201 is still a member of the stainless steel family, but is much less noble than the 300 series because it contains less nickel which is substituted for manganese.  This reduces its chemical resistance somewhat but most importantly significantly reduces its cost due to nickel being so price sensitive. This makes 201 a general low-cost substitute for 304 that is commonly used in the appliance and food service industries.

C276 is similar to 316 in that it uses nickel, chromium, and molybdenum as its main alloy ingredients, but is a much more complex mixture of other elements that grant it even more chemical resistance than 316 would have, particularly to chlorides. These alloy is often used for chemical service due to its superior chemical compatibility over 316.

Inconel 800 is an alloy that is more commonly seen in expansion joints than in hoses because it is much stiffer and harder to form, especially in small sizes.  “Alloy 800” is typically utilized for its increased ability to tolerate temperatures that are out of the range of most alloys.  It retains more strength under higher temperatures due to a high percentage of cobalt in its mixture.

With all the metal alloys available out there, it can be daunting to choose the right one for the job.  Picking the wrong one can result in catastrophic failure of the components from any number of different reasons.  Knowing the basics is a great start, but sometimes it takes a little bit extra to solve application problems.  For additional information, click here to access Hose Master’s corrugated metal hose catalog. Or contact the inside sales team at Hose Master at 216-481-2020 or e-mail us at insidesales@hosemaster.com and we would be happy to address your needs. Be sure to follow us on LinkedIn and subscribe to our Insights Blog for regular updates!