Liquefied Natural Gas: Cargo or Fuel… or Both? 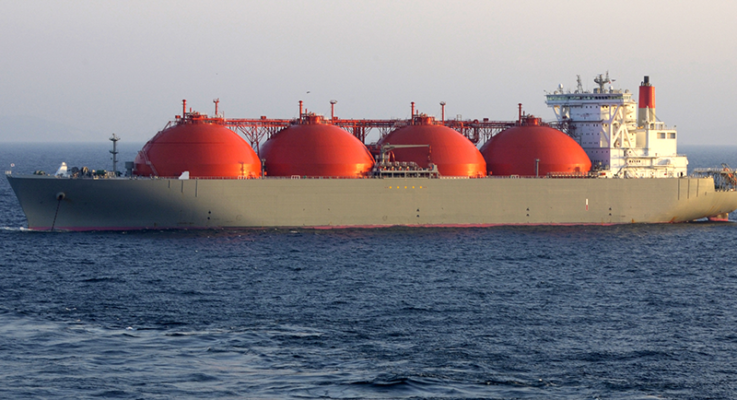 It is amazing how quickly a market can change in response to the implementation of a new technology. A great example of this is the advancement of horizontal drilling combined with hydraulic fracturing, or “fracking”. Although hydraulic fracturing was first documented during the Civil War and horizontal drilling dates back to the early 20th century, neither was widely implemented until the early 2000’s. At the time, the U.S. was developing plans to build natural gas import facilities along the Gulf Coast in order to satisfy our growing demand. However, our natural gas imports peaked in 2007, and rapidly declined as domestic production increased. Today, some of those planned import facilities are now operating as export terminals. What a difference thirteen years makes! In 2007, we imported 4.61 Trillion cubic feet (Tcf). In 2019, we exported 4.66 Tcf.

As producers looked for ways to transport more gas safely and at a lower cost, they realized that natural gas that has been liquefied (LNG) takes up 1/600 of the volume as a gas at atmospheric pressure, and 1/3 the volume of compressed natural gas (CNG). Natural gas is liquefied by reducing the temperature to around -162 degrees C., condensing the gas into a liquid that can be stored at lower pressures – about the same pressure as an unopened can of soda. But natural gas must be kept cold in order to minimize “boil off’, where the liquid reverts back to its gaseous state. When storing LNG, some boil off gas (BOG) is unavoidable, and the pressure inside the storage tank can increase to dangerous levels if the BOG is not removed. Let’s look at several things that can be done with this boil-off gas.

Vent It or Flare It

When storing or transporting LNG, BOG is unavoidable. Once this gas is separated from the LNG, the operator has several options from which to choose. The least expensive way to deal with BOG is to simply release it into the atmosphere, but this practice is heavily regulated and discouraged, as the methane in natural gas is a very potent greenhouse gas. Instead, many producers will send any BOG to a flare stack where it is ignited, converting the methane to carbon dioxide (which is a less potent greenhouse gas than methane). Both producers and regulators continue to look for ways to reduce flaring, but sometimes it is less costly to burn this gas than to recover it and turn it into a revenue source.

An alternate option is to capture the BOG, re-liquefy it, then return it to storage. Various technologies are used to convert this BOG back into a liquid, many of which are cryogenic processes. These cryogenic re-liquefaction systems rely on metal hose and expansion joints to resist temperature extremes, weathering, media permeation, and corrosion. While a wide range of hose alloys can be used for cryogenic applications (including LNG), we prefer grade 316L stainless steel due to its excellent low temperature characteristics and its improved corrosion resistance over 304SS or 321SS hoses. High-nickel alloys like alloy 276 may be required for “sour” gas or where chlorides from salt water could attack the hose.

Because natural gas burns cleaner and costs less than other fossil fuels, many transportation companies are converting their fleets to run on natural gas. This has led to a huge shift away from bunker fuel in the maritime shipping industry, opening up new opportunities for LNG fueling operations (also referred to as “bunkering”). While many LNG transport vessels have a means to use any boil-off gas as fuel, they still must be refueled prior to setting sail. But, special precautions must be taken for these LNG bunkering operations.

Because of the safety hazards associated with LNG transfer, vessel operators look to regulators and industry groups for guidance on proper fueling operations. One such set of requirements is set forth by the American Bureau of Shipping.

Hose Master’s corrugated metal hose assemblies have been certified to the above Rule, and a flyer on these assemblies can be found on our website. These LNG bunkering assemblies are specially designed and fabricated to safely handle LNG bunkering operations, with multiple tests throughout the manufacturing process to ensure optimum performance. Check out the flyer for more details.

Depending on the application, conformance to other specifications may be required (ASTM, Coast Guard, et al) so ask questions. Please note that hoses used to transfer liquefied natural gas as cargo between two ships may require conformance to special standards relating to ship-to-ship (STS) transfer. There are a dizzying number of specifications and standards out there, so contact us at 800-221-2319 or through our website if we can help you sort things out.