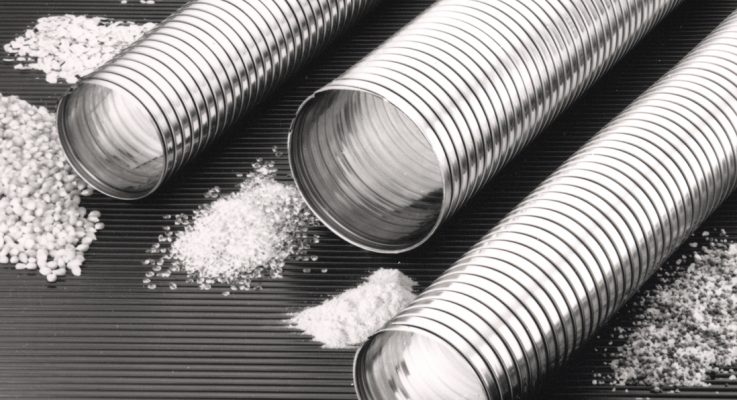 As Albert Einstein once said, “The only source of knowledge is experience.” When it comes to interlocked hose, Hose Master has had a fair share of experience.  While other product lines have been added and developed over the years, Hose Master has been manufacturing and continuously refining interlocked hose since the company opened its doors in 1982.  During that time, we’ve seen hoses excel in the field, as well as fail from all sorts of factors. However, in all our experience, the majority of interlocked hose failure can be attributed to one of three failure modes: torque, abrasion, and over-bending. 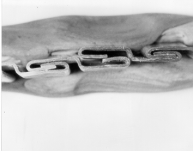 If an interlocked hose is torqued it can cause the profile to come unlocked from itself, as shown in this photo.

Torque is arguably the greatest enemy of interlocked hoses. In any piping installation, torque can wreak havoc on the components in the system, but this is especially true for interlocked hose given its construction. Interlocked hose is made using a single strip of stainless steel. The shaping process performed on this strip makes it able to interlock onto itself and is what gives an interlocked hose its ability to flex. When an interlocked hose is torqued it begins to ‘unwind,’ which loosens the interlocked profile, increases leakage and creates a possible unravelling of the hose. Torquing the hose is a common problem because it is often a direct result of mishandling the hose in its application, but can be prevented with proper handling. However, if a hose has been known to fail from torque consistently or will see excessive handling, manufacturers often offer varying options on interlocked hoses to help combat torque and make the hose more resilient.

Abrasion is another common killer of interlocked metal hose. Interlocked hoses are often used in pneumatic transfer applications and the conveyed media is usually some sort of particulate. For example, powders, pellets, granules, and aggregate materials are all commonly transferred media in interlocked metal hoses. One issue with these media types is that they are known to be abrasive. While the degree of abrasiveness depends both on the media type and the speed at which the media is traveling through the hose, this abrasiveness can cause a problem. Metal hoses have a relatively smooth, hard interior which allows the material to move through it at a higher speed than other hose materials. In the case of finer media, this can result in a “sandblasting” effect, which can rapidly wear through the walls of the hose. The best way to avoid excessive abrasion is to make sure that there are no extreme bends in the hose and the hose construction is compatible with the media type. Adding a liner or using a heavier gauge of material are both good options for making the hose more robust.

The interlocked guard on this assembly has been over-bent, causing it to pull away from the fitting.

Over-bending is the third most common failure mode seen with interlocked hoses. While interlocked hose can be quite rugged, once it becomes over bent it is much less forgiving than other hose types. Because the hose’s ability to flex comes from its interlocked profile, the flexing ability is mechanical (i.e. the metal strips sliding against each other) as opposed to the material stretching like with rubber or plastic hoses. If a hose is forced to bend beyond its capabilities, the metal profile becomes distorted and will not return to its original shape. This will negatively affect the hose’s ability to flex and transfer media, and can potentially lead to a loss of interlock. Luckily, because of the hose’s mechanical construction, you don’t have to guess where it’s bending limits are.  If the hose is being flexed to a point where it stops and the ridges are touching each other, do not continue to push as the hose has reached its bending limit.

Getting the Most from Interlocked Hose

Knowing these sources of interlocked hose failure can help prevent them in an application and, if identified early on, can be addressed in the hose’s construction before it ever sees service. Hose Master’s dedicated sales team has the tools and experience to diagnose your hose applications and configure the best product for your application. For additional information, check out Hose Master’s interlocked metal hose catalog or contact us and we would be happy to assist you.